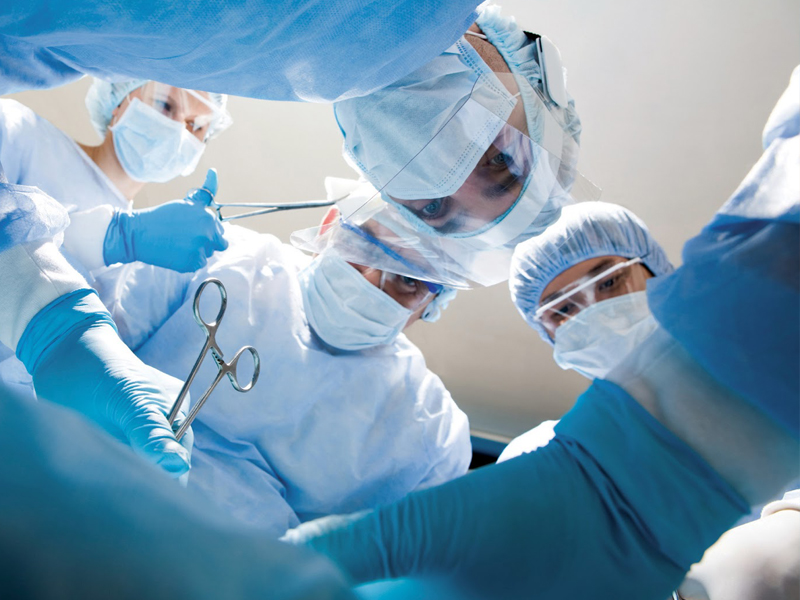 Open surgical reconstruction is the oldest and most widespread method of treating many vascular diseases. During this procedure, in order for the surgeon to have enough space to work, a long incision is usually made, with which the doctor has a better view of the area he is going to operate on. In most cases, open surgical reconstruction is very effective and patients do not show any problems in long-term follow-up. The disadvantages are that the patient stays in the hospital for some time, depending on the case, and that a full recovery might take weeks or even months, always depending on the case. In recent years, the number of open surgical reconstruction has decreased significantly, as many surgeries can now be performed intravascularly. Two (2) examples of this method are presented below:

Surgical reconstruction: What are the endovascular methods?

In hybrid rooms: It is a combination of a room with a fixed angiograph, which offers better imaging conditions.

Endovascular methods have been used in recent years by an increasing number of patients. However, this is an option only when an open surgical reconstruction is not indicated as there are cases that the latter is the only appropriate treatment. The advantages of the endovascular methods are many: with the application of endovascular techniques, narrowing of blood vessels in early stages can be treated, as well as the complete occlusion of a blood vessel; general anesthesia is not needed, as the operation is performed without incisions, but with a completely painless puncture of the vessel; the patient is hospitalized for about 24 hours and returns home the next day, after a complete clinical examination and a triplex of the area; recovery is very fast and the complications rate is much smaller compared to open surgical reconstruction.

Surgical reconstruction: What is artery stenting?

Artery stenting is the application of stents, supporting the inner wall of the vessel and keeping the lumen open. The stent is a very small metal grid, which is placed on the balloon; this opens when the balloon inflates and remains in the artery wall. Due to the expansion of the balloon at the narrowing point, the artery opens and the stent stabilizes the inner wall, thus leading to a successful opening of the narrowed or blocked arteries. The balloon with the stent is placed on a catheter, which passes through the narrowed or blocked part of the artery into its lumen. In recent years, stents have evolved to a great extent and differ when it comes to their dimensioning mechanism, material, length, diameter, resistance to pressure, elasticity, etc. The vascular surgeon will decide which stent is appropriate for each patient, depending on the patient’s problem and general health status. As with open surgery, there may be some complications with stent surgery. These can be: weakening of the artery wall, separation of the artery or bleeding. Additionally, over time there is a risk of restenosis of the same artery and another surgery may be needed.